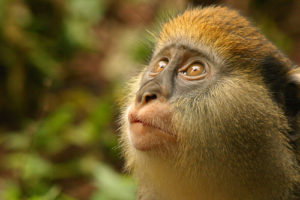 The Kakum National Park is a relic of the significantly degraded evergreen tropical rainforest of the West Coast of Africa, hosting an abundant variety of species, including some 400 species of butterflies, some 266 bird species, as well as flagship species such as forest elephants. It was gazetted as a national park in 1992. The Kakum National Park along with the adjacent Assin Attandanso Resource Reserve are currently both being managed as a national park. Though officially the two sites together are called « Kakum Conservation Area », we are using the term « Kakum National Park » to refer to both. Kakum, with a surface of 360 km2, is one of the 7 National Parks in Ghana, and one of the three along with Mole National Park and the Shai Hills Resource Reserve, that have been developed for ecotourism. The Kakum National Park is well known for its unique canopy walk, the only of its kind in Africa. Prior to the area’s designation as a National Park, the site was a forest reserve managed by the Forestry Division. Selective timber exploitation started as early as 1936, with mahogany being the main species logged. Logging continued until 1989, when the management of the reserve was transfered from the Forestry Division to the Wildlife Division. 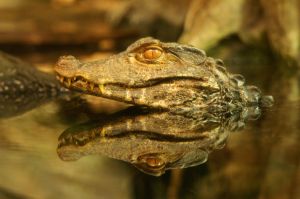 The National Park is under the Administration of the Wildlife Division of the Forestry Commission. Its local headquarters are in the southern part of the park, near Abrafo village. The Wildlife Division (WD) is responsible for the management and protection of the site and has a three-fold mission: a) to protect biodiversity, b) to improve livelihoods of fringe communities, and c) develop tourism. Currently the WD is managing bothe the Kakum National Park and the adjacent Assin Attandanso Forest reserve under the stricter regulations of the National Park. The WD’s activities are mainly centered on anti-poaching control and park boundary line cleaning. In addition to these key tasks, the collaborative resource management unit of the park is working closely with the communities; this work has so far focused on two main issues: a) public awareness, and b) control of elephant raids on adjacent agricultural lands and reduction of damage. In the context of the better collaboration with the fringe communities, the WD has set up two Protected Area Management Advisory Units (PAMAU): one for the Assin Attandanso Reserve and one for the Kakum National Park. Local stakeholders are members of those units, the aim of which is to discuss protected area community related issues and propose solutions to eventual conflicts.

The National Park was set up with technical support provided by Conservation International (CI). CI has also been involved in the elephant crop raid programme, which proposed technical methods to farmers, such as fences with pepper dust, aimed at reducing elephants raids on crops. Though CI is no longer involved in the project, the WD has followed up on and has actually established « Community wildlife and crop protection » units, composed of local volunteers who are inhabitants of the fringe communities, and whose task is to be the intermediaries (financial damage estimation, public awareness against poaching, promotion of pepper use to reduce damage, etc) between the WD and the local inhabitants in case of crop damage by elephants or other species. Crop raids are quite an important problem around Kakum. The crop raid period is between June and October, when crops have matured and fruits in the forest are no longer available. For example in 2007 a total of 150 raids were recorded all around the park.

Though Kakum National Park has been the subject of extensive studies, there is no regular monitoring programme in place. There are systematic surveys only for forest elephtants, every 3-4 years. 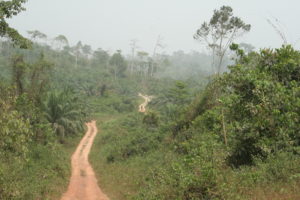 About 60 fringe communities and many small settlements can be found around the Kakum National Park; though exact population figures are not know, estimates bring the population to 65.000-70.000 people. The majority of the inhabitants of the fringe communities have moved to the area from other parts of Ghana, attracted by the fertile land and favourable climatic conditions for farming.Agriculture is the major economic activity, with cocoa being the main cash crop and cultivated by most households. In parallel, the majority of households are involved in subsistance agriculture (plantain, cassava, maize, cocoyam, yam, rice and vegetables). Other economic activities practiced in the area are livestock raising, local gin distilling (apeteshie), palm oil production and small-scale trade. Many househollds are also involved in the collection of Non-Timber Forest Products (NTFPs), such as mushrooms, snails, tortoise and fruits. However, given that access to the National Park is restricted, local communities have access to NTFPs only outside the National Park. Prior to the establishment of the National Park, hunting was a key source of food for the local communities. The existing infrastructures around Kakum are rather poor. Access to resources and transfer to the markets hinders significantly the marketing of the cash crops and other market products.